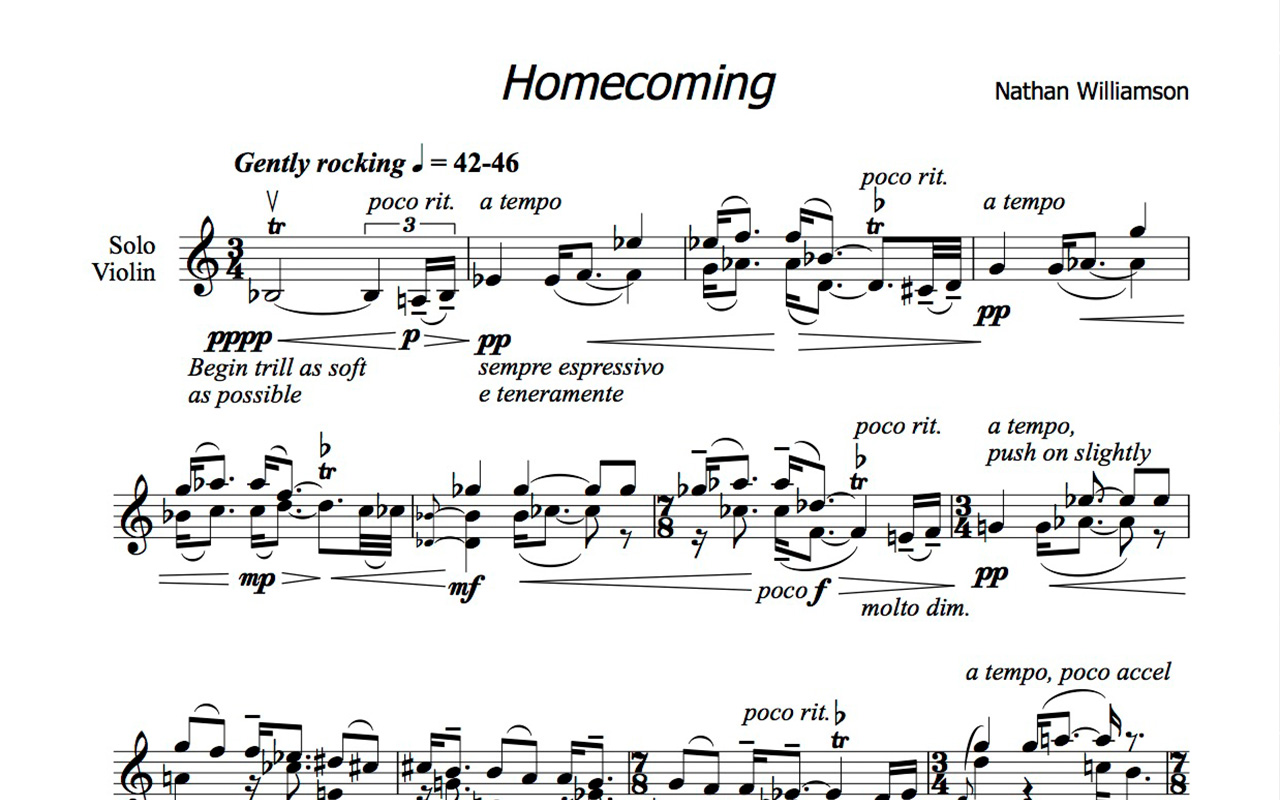 Homecoming was originally written for solo violin in 2008 for Piotr Szewczyk’s Violin Futura project, in which he commissioned a ton of new violin pieces. This arrangement was made especially for Magnus and Marije Johnston, to play in the South Green Soirees in Southwold during lockdown.

Homecoming is exactly what it says. In the original for solo violin it was a two-voice duet. Not that this necessarily means the homecoming is an interaction between two characters as such – a return someplace is as often an inner working out as much as an external one – but in this new arrangement the dialogue between two instruments (as opposed to two voices within one instrument) casts the expression in a different way. Its more romantic, and the two voices intertwine more obviously.

Nonetheless, its not as simple and peaceful a piece as you might expect, to my mind anyway – but it does find a resolution and, above all, a cohesion between the two parts. Coming home is not necessarily a straightforward process – if it were, the piece could just be a perfect cadence.

A performance of the piece can be found on the media page.