Nathan Williamson’s career crosses genres and encompasses a wide range of styles and outlets. Alongside regular solo, chamber and concerto performances, Nathan is in demand for new work from a wide variety of artists both at home and abroad. He also stages and facilitates projects at local and national level, ranging from collaborations on new repertoire, performances for the concert hall and theatre, and music-making for musicians of all ages and abilities.

January 2022 sees the release of the third volume of ‘100 Years of British Song’ on SOMM Recordings, a three-CD project with the tenor James Gilchrist of British music including premiere recordings of work by Holst, Maconchy, Carwithen, John Woolrich, Geoffrey Poole, and Nathan’s own songs, as well as work by Bridge, Clarke, Gurney, Bush, Alwyn, Rawsthorne, Peter Dickinson and Madeleine Dring. Gramophone gave Volume 1 high praise: James Gilchrist’s contribution is past praise in its probing range of expression and unfailing sensitivity to the text. What’s more, he enjoys immaculate support throughout from Nathan Williamson, who also provides a stimulating booklet essay. Glowingly realistic sound and full texts boost the desirability of a most impressive release… Awarding its Recording of the Month accolade, Limelight described it as a penetrating, frequently revelatory start to a promising new series. Of Volume 2 MusicWeb International said: It is redundant to declare that this is a superlative CD. Considering the two performers, the technical prowess of SOMM Recordings, the excellent liner notes and the imaginative and wide-ranging programme, it could be nothing else.

These recordings ave in turn led to a longer-term project launched in September 2021, The Art of British Song, which seeks to celebrate and showcase British song, its legacy and its future, advocating the work of British composers through performances, recordings, and the development and funding of new song.

Nathan’s enthusiasm for British music is also reflected in two substantial solo piano projects running through 2021 and 2022 – recording Sonatas and Nocturnes by Malcolm Lipkin and Christopher Brown’s 24 Preludes and Fugues, both for Lyrita Recorded Edition. Nathan presented extracts of Brown’s Preludes and Fugues for the online performance platform, City Music Live, in July 2021, followed by a premiere live performance at the Alwyn Music Festival 2021.

Nathan celebrated Beethoven’s 250th anniversary in 2020 with a cycle of the  complete Piano Concertos with the Prometheus Orchestra at Aldeburgh. His debut recording, Brahms and Schubert: Late Piano Works, was reviewed  by Donald Sturrock as ‘a truly electrifying debut from a musician with a rare marriage of thoughtfulness and passion… I doubt this Sonata [Schubert D.959] has ever had a more powerful advocate.’ His first CD for SOMM, Great American  Sonatas (2017), was hailed by Musical Opinion as ‘a landmark in recordings of  American Piano Music’ and was followed by Colour and Light, a disc of British 20th century  piano works, selected as Album of the Month in International Piano Quarterly:  ‘No praise could be high enough of Williamson’s performances… Whether in the  dream-world of the Delius Nocturne or in the fire and ice of the Herschel Hill Toccata, Williamson unearths musical treasure beyond price’ (Bryce Morrison). Both solo recordings, along with a disc of British 20th century works with violinist Fenella Humphreys for Lyrita (2017), also received 5 star reviews in Classical Music, BBC Music Magazine and Musical Opinion.

Nathan’s compositions encompass a wide range of styles and genres, from complex, virtuosic chamber works and songs to music for young performers, and arrangements for amateur instrumental ensembles and choirs to opera and incidental theatre music. Recent works include The little that was once a man, a song cycle to texts by Bryan Heiser written for James Gilchrist, a major new Sonata for cello and piano commissioned by Charles Watt, and a children’s opera, Machine Dream, commissioned by Mahogany Opera, has been performed in numerous primary schools across the UK in the last 12 months as part of the  ground-breaking ‘Snappy Operas’ project. Nathan’s music for piano, which he regularly performs in recital, includes a number of works commissioned as personal tributes, or to mark a special occasion, including Intermezzo (2012), Variations on a Theme of Cole Porter (2014), and Dreams (2016).

Nathan has also been commissioned by Daejeon Philharmonic Orchestra, Tuscaloosa Symphony Orchestra, Bury St  Edmund’s Cathedral, Mariko Brown and Julian Jacobson, Ensemble Endymion, Pushkin House, as well as several works for younger  and amateur performers by Pro Corda and Music Works chamber music courses, Rugby School, Waveney and Blyth Arts, and the Chamber Music 2000 project. A cycle of string quartets has led to premieres by the TinAlley and Barbirolli Quartets in both the UK and USA. In 2010 he conducted three performances of his first opera, A Fountain Sealed, to a libretto by Thomas Walton. His own work Trans-Atlantic Flight of Fancy is featured on NOW Ensemble’s  album Dreamfall (New Amsterdam Records) and Homecoming, a commission for violinist Piotr Szewczyk as part of his Violin Futura project, was recorded on Navona Records following dozens of performances by Szewczyk and other violinists worldwide.

Nathan studied with Malcolm Singer and Joan Havill at the Guildhall School of  Music and Drama, one of only a handful of students to ever graduate with a first in two disciplines, and at Yale University, where his principal teachers were Ezra Laderman, Martin Bresnick, Michael Friedmann and Joan Panetti, to whom he was appointed deputy on her revolutionary ‘Hearing’ programme of ear-training and aural analysis. Further postgraduate studies followed with Robert Saxton at Oxford University, before a period of teaching at the Yehudi Menuhin School. Nathan now lives in the town of Southwold, on the Suffolk coast, where he founded and directs the Southwold Music Trust, seeking to make music a central part of the local community through performance and education initiatives with musicians of all abilities, and its sister organisation, the Southwold Concert Series, which has staged some 60 events in local venues since 2008.

He is married to Daisy, a senior music therapist at Suffolk Music Therapy Services, and together with their two young children they love nothing more than heading straight out onto the beaches and beautiful countryside which surround their home. 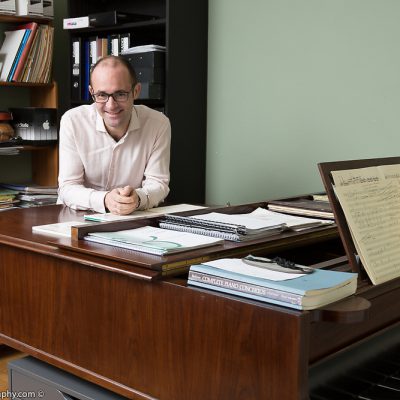 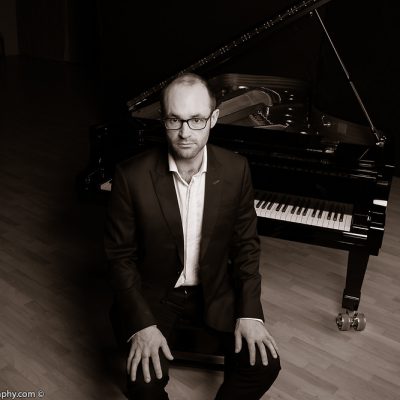