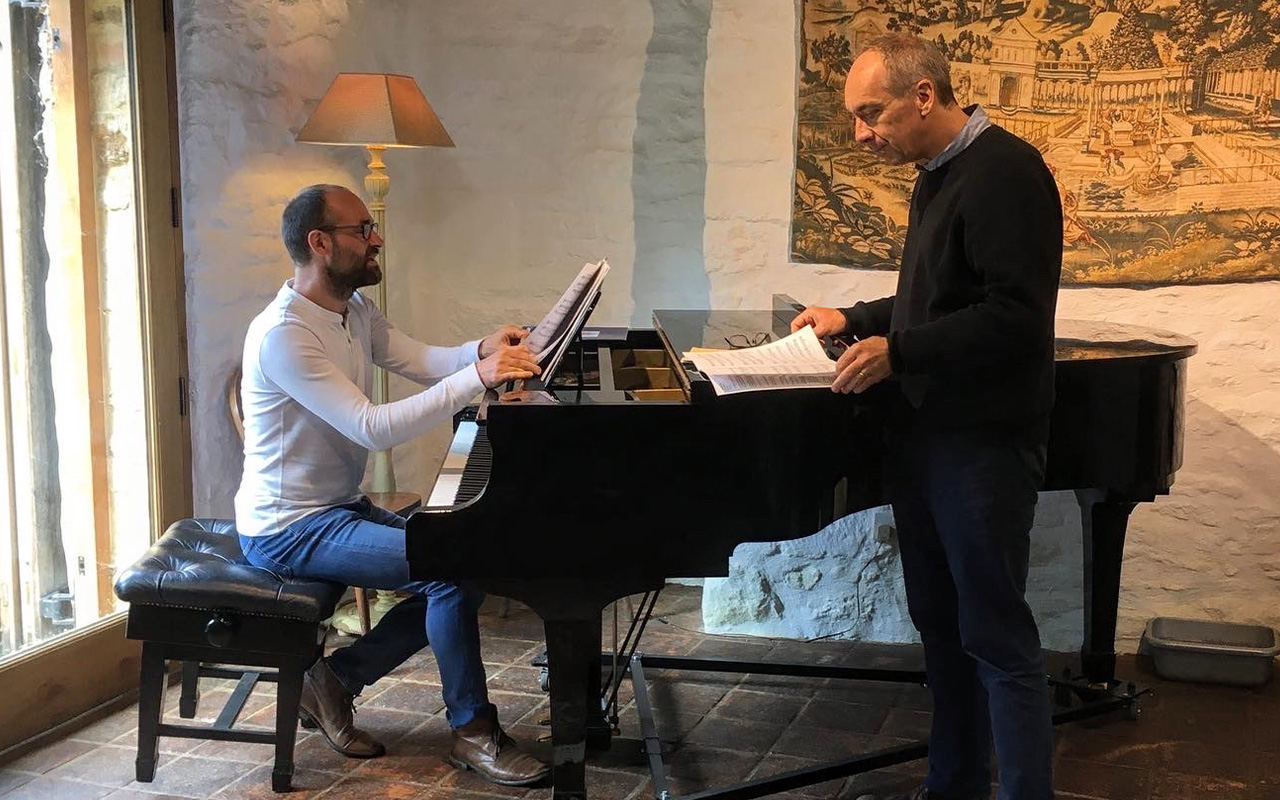 The first volume of ‘100 Years of British Song’, a three CD project with tenor James Gilchrist for SOMM Recordings is due to be released on Friday, 16 October 2020. It has been chosen as the pick of the best new classical releases on BBC Radio 3. Click here and scroll through to about 8:15, when they begin a very generous playing of three of the tracks from the CD.

Photo above was taken during rehearsals at Sophie’s Barn in preparation for the recording of ‘100 Years of British Song’.