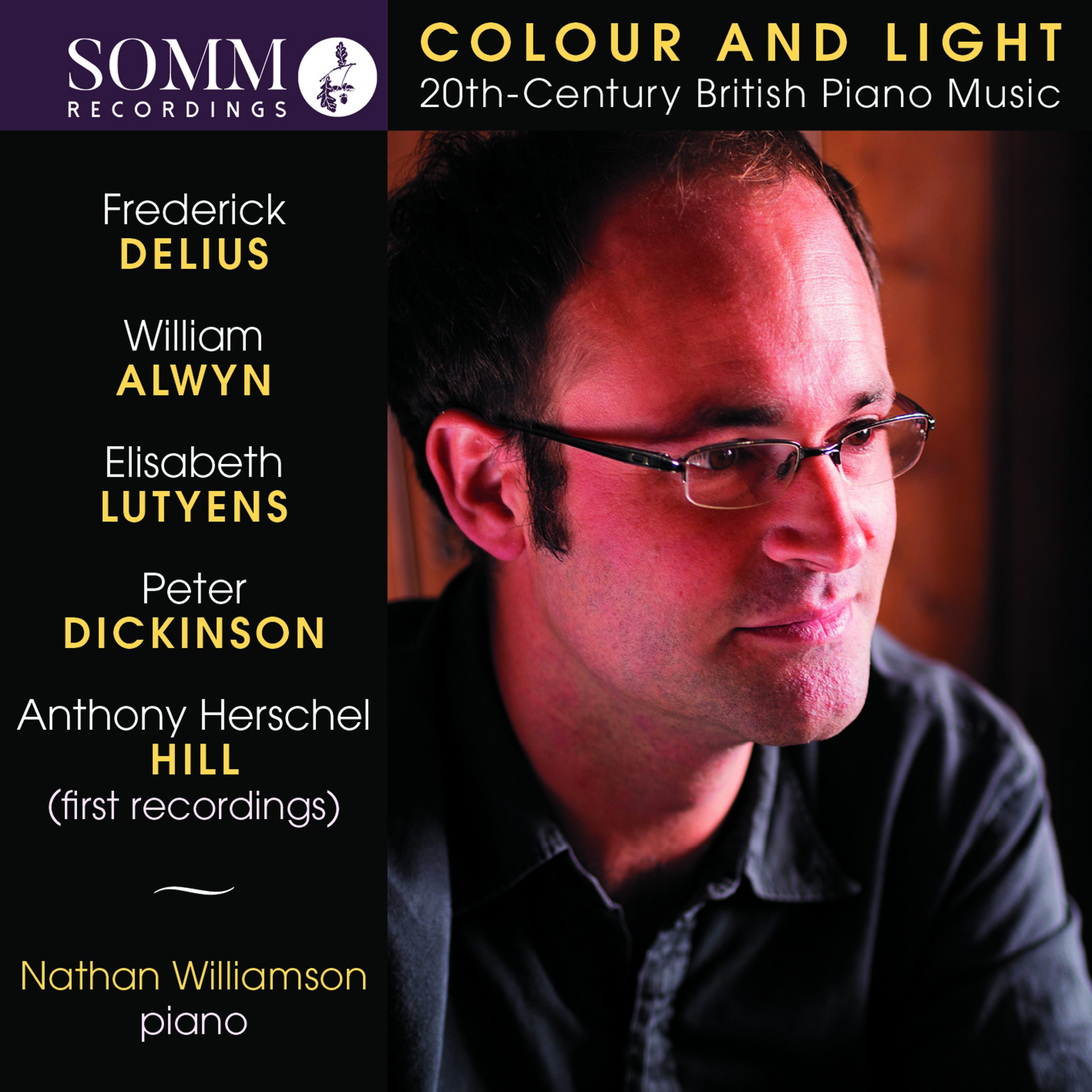 Following his admired debut on SOMM Recordings, pianist Nathan Williamson turns to British piano music of the 20th century in Colour and Light, a revealing exploration of how the past influences the present and the new.

A century-spanning programme from Delius’s quixotic 1887 Nocturne to Anthony Herschel Hill’s combustible Toccata of 1985 also lights on three other distinctive but highly contrasted composers. Modernity makes itself felt in Elisabeth Lutyens’ The Ring of Bone (1975) which strikingly employs the use of spoken text in what Williamson describes in his booklet notes as “a bold and heartfelt gesture”. William Alwyn’s Twelve Preludes (1958) pay a glancing nod to Lutyens’ serialist techniques even while displaying “a peculiarly English combination of both tonality and modality” characteristically his own.

Peter Dickinson’s “postmodern, poly-stylistic” Paraphrase II (1967) is the work of a composer open to the broadest influences, its seven sections inventively re-working an earlier three-part motet and receiving here their first studio recordings.

Slowly emerging into the light Anthony Herschel Hill’s Litany (1992) and Toccata (1985) – heard here in first recordings – are the product of a wholly individual compositional voice, boasting, says Williamson, “some of the most gorgeously idiomatic and exhilarating piano writing of any late-20th century composer”.

Delius’s Prelude and Duet from his one-act opera Margot la Rouge, composed in 1902 yet un-performed until 1983, are distinctive for their delicate harmonic textures and colours, masterfully transcribed for piano by Maurice Ravel.