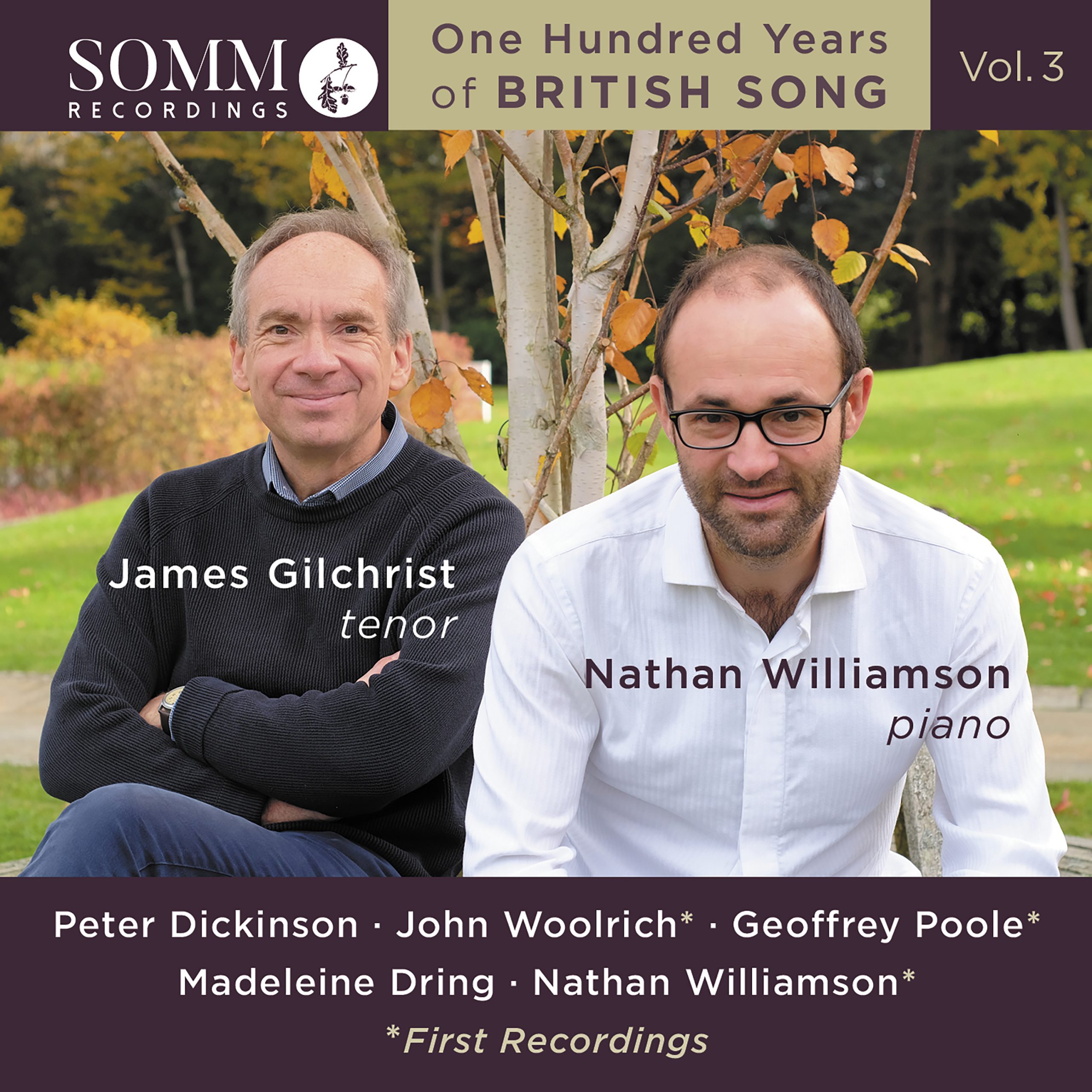 SOMM Recordings announces the third and final volume of the enthusiastically received One Hundred Years of British Song, with tenor James Gilchrist and pianist Nathan Williamson.

Focusing on songs written since 1950, Volume 3 celebrates what Williamson’s booklet note describes as “astonishment at the depth of expressivity of the poetry and music”.

Receiving first recordings are John Woolrich’s settings of Irish poet Matthew Sweeney, The Unlit Suburbs, a deadpan yet evocative exercise in “alternative realism”, and Geoffrey Poole’s stylistically wide-ranging The Eye of the Blackbird, with texts from Wallace Stevens.

Also on disc for the first time are Williamson’s own song-cycle setting poems by Bryan Heiser composed especially for James Gilchrist, The Little That Was Once a Man, and solo-piano miniature, Intermezzo. Peter Dickinson’s early, accomplished Four W.H. Auden Songs and dramatic and intense yet positive and joyful Let the Florid Music Praise, and Madeleine Dring’s characterful Five Betjeman Songs, the product of a “fascinating and multi-faceted artistic personality”, complete the disc.

Gramophone hailed Volume 1 as “a most impressive release” and Limelight, awarding its Recording of the Month accolade, as “a penetrating, frequently revelatory start to a promising new series”. Of Volume 2 MusicWeb International said: “It is redundant to declare that this is a superlative CD. Considering the two performers, the technical prowess of SOMM Recordings, the excellent liner notes and the imaginative and wide-ranging programme, it could be nothing else”.

Williamson’s SOMM association includes Great American Sonatas (SOMMCD 0163), “a release of distinction” (Gramophone), and Colour and Light (SOMMCD 0196), a 2019 Recording of the Year for International Piano.